Ambitions: Child Care in Canada because it's 2016! 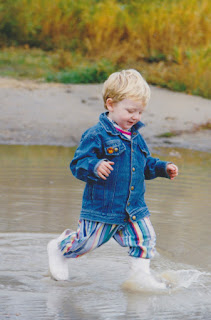 Sitting in a booth at the Winnipeg Folk Festival, I watched young children playing delightedly with the wooden toys my friend was selling. As a disillusioned men’s hairstylist in the late seventies, I thought I would scream if I had to attempt one more “John Travolta Saturday Night Fever” style on a balding middle aged man who would never measure up on the disco dance floor.

“These kids are so cute,” I commented. “Maybe I should work with children.”

My frustration led to new ambitions. My goal was to earn my degree in Developmental Studies at the University of Winnipeg and my Child Care Services diploma from Red River College. It was a joint program between the two institutions that intrigued me. It cost some money, but part-time barbering wages saw me through. In 1981, I packed away my shears and clippers and began work as an Early Childhood Educator (ECE).

Now I read that the Social Development Minister Jean-Yves Duclos is meeting with provincial and territorial counterparts to discuss their ambitions in moving forward with a national child care system. (http://www.cbc.ca/news/politics/social-service-ministers-child-care-meeting-1.3433626)

I am sad that he didn’t stop by rural Manitoba. I would have been so happy to give him a cup of coffee and tell him about my thirty-five year career working with children and their families, college students, and dedicated but exhausted ECEs throughout Manitoba. 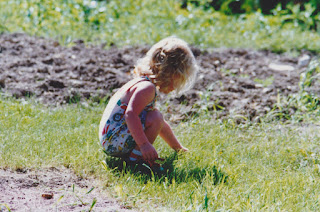 I would tell him:

·      About the distraught single parent, sobbing as she arrived at the child care centre at the end of a long day of college exams. I sat close and held her son for a while because she needed me to.

·      About the eight-week old baby I was trusted to care for, as her professional parents needed to get back to their jobs as doctors. I felt thankful and proud that they respected my education and expertise.

·      About the young boy who was diagnosed with the somewhat unsettling label of “oppositional defiance disorder” that I was tasked with caring for. I knew that everyday he would throw stones at me but he would never hit me, because he knew I was his ally.

·      About the nervous high school students that planned activities for the children at my nursery school, and then implemented them as best they could. The big kids helping the little kids. Everybody learning together.

·      About the hundreds of college students I worked with as an ECE instructor, with their own perspectives and ambitions changing as they learned that children were not just cute. They were smart and creative and dependent on the adults in their lives.

·      About the many, many child care centres and family child care homes that I visited over the years, where staff were enthusiastic, professional, worn-out, under-paid, nurturing, disrespected, light-hearted, frustrated, educated, loving people. But often, like the exasperated barber that I had been, they were ready to leave the field for new opportunities.

·      About the local politician that presented herself as an advocate for child care but then told me how lucky she was that she could stay home with her own kids and “didn’t have to put them in daycare”. 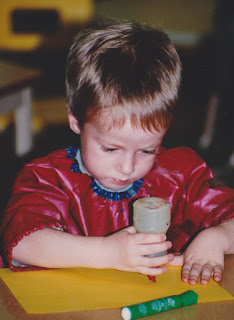 Yes, I would tell Jean-Yves that it is high time for a child care framework that ensures quality care for all the children that need it. A framework that supports Canada’s families, and respects their differences and their shared needs, is crucial. There will always be some families that do not need or want early childhood education services, but for those that do, Canada should be providing the best.

And like my post-secondary education, it will cost some money. It will take some work and effort. But if it is truly the government’s ambition to create change, come and have a cup of coffee. Early childhood educators can make some plans with you. They are a very innovative bunch. Parents can help too.

The kids are counting on us.