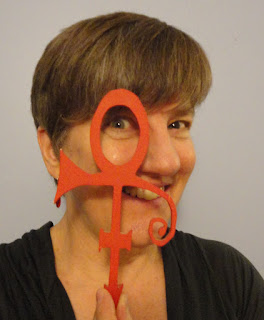 I was approved! In September, 1979, I was allowed to be initiated into “the Path”, a spiritual group that I thought would answer all my prayers. I would see god’s light and hear god’s voice as long as I practiced a few simple suggestions. Non-violence, truthfulness, chastity, humility, special diet, selfless service and meditation were all that was expected.

I quit smoking and drinking. I ate vegetarian food. I got married. I helped out with the group’s publications. I meditated every morning for at least two hours. And I never told anyone the five secret names of god I recited whenever my mind wandered. I corresponded regularly with my “master", a civil servant in India who didn’t claim to be god. But who also didn’t claim to not be god. He seemed like a nice man. All the others said so.

I was going to have a beautiful life.

My family and friends struggled. Some just walked away. My mom asked many, many questions, trying hard to understand. “I feel like I’m losing you,” she cried. And eventually, I was convinced that non-initiates of “the path”, including my own parents, were a negative influence on me.

I sold all my books. I sold all my favourite records. I packed up and I moved very far away to a state I had only visited once before. But it was a place where many other initiates lived. They were my new family.

As I settled in, I made friends on “the Path”. I enjoyed this clean living. I hosted parties where we ate cookies and listened to Indian music and talked about “Master”. “Have you met him?” “What’s he like?” “Did he look at you? No? Oh, too bad. Maybe next time he visits he will acknowledge you. They say he only talks to you if you really need it.” And we all tried to be so very virtuous.

But a little piece of the old me was niggling and wiggling and wanting out. If I was all alone, I turned on the television to watch the brand new channel called MTV. I secretly danced with Hall & Oates. I sang along with Madonna. I marveled at the newly transformed Michael Jackson. But nothing jolted me as much as the commercial for the upcoming Prince concert! I was mesmerized by his voice, his moves, his heels, his beauty. I had never heard of him, but oh, I wanted to see him live. However, I was sure that a good initiate would never go to such a show.

Then, as I heard the front door open, I hastily turned off the TV, made a mad dash to my cushion on the floor, and pretended I was getting in a little extra meditation time.

Needless to say, I did not see Prince.

My shame grew daily as I filled out my required diary checklist, marking off the number of failures I had committed in thought, word and deed. Every three months, my forms were sent to “Master” and he would reply with a basic form letter saying, “meditate more”. And I dragged myself out of bed at four a.m. hoping I might see one tiny flicker of light from the heavens or hear one small whisper from god.

But meditation led to nothing.

Finally. Rage and rebellion. And a giant leap back to my home…my family waiting patiently, my old friends breathing a sigh of relief.

And all the music I loved.

And Prince blasting as loud as I wanted.

Over the years, as I watched Prince struggle and fight with music executives, I never ridiculed him. I knew what it meant to be controlled by another.

And finally, in 2011, Prince came to my city. After waiting thirty years, I saw him.

We danced together for hours. 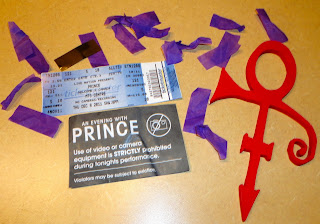