(A story for Delilah)

Chicken Bones was the littlest.

Chicken Bones was the scrawniest.

But Chicken Bones was a happy little girl most of the time.

She liked to dress up in fancy clothes for special occasions. 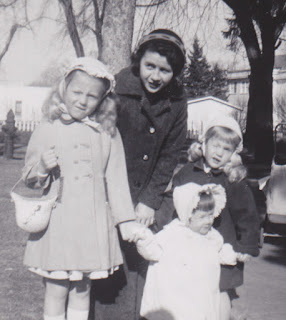 She liked to have tea parties with Nancy. 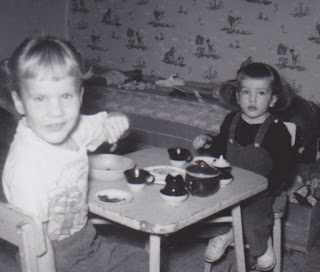 She tried really hard to skate when Thora took her outside. 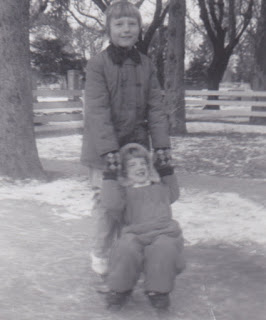 She could ride a tricycle up and down the sidewalk all by herself. 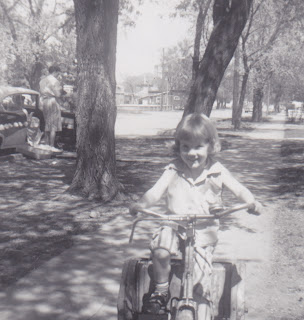 And she had lots of pals to play with in her neighbourhood. 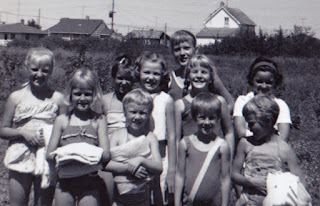 When the boy down the street threw a daddy-long-legs in her hair, she screeched and ran around in circles till she shook it off. She forgot that the bug was probably scared too.

When she fell off a dock into some deep water, she kicked and flailed as she sank. She forgot that her dad would jump in and catch her.

When a big black bear stood up on its hind legs and marched into her campsite while she was eating breakfast with her family, she threw down her porridge and ran screaming into the tent. She forgot that her mom would shoo that old bear away by banging pots and lids together. 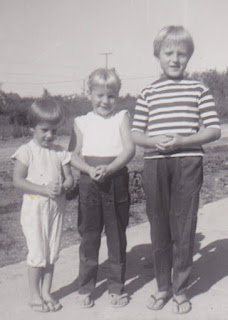 But mostly, Chicken Bones got scared when it was time to go to sleep.

She had many, many dolls and stuffed animals to sleep with. She had her beautiful Pamela doll that she got from her great-aunt Con. Pamela came from France. She had real human hair and skin that felt like peaches. Chicken Bones also had her soft, comfortable Raggedy Ann doll. If you changed Ann’s clothes, she could also be Raggedy Andy! And Chicken Bones had a horse that she could use as a gigantic pillow. She could sleep with it or pretend to ride it! 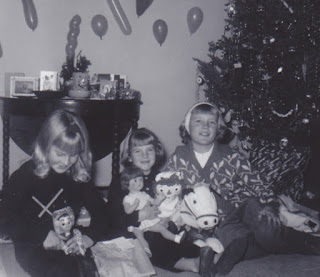 Chicken Bones also had one funny little creature that her biggest sister Thora made for her. It was a fish. It was sewn with leftover black and white gingham fabric from an apron that Thora made at school. It was stuffed with bits of sponge to make it soft and it had two black button eyes. Chicken Bones liked that little fish because her biggest sister made it for her. So along with Pamela, Raggedy Ann and the horse, Chicken Bones slept with Fish in her hand. It fit just right.

In spite of the comfort of these companions, Chicken Bones still got very scared at bedtime. When she fell asleep, she had nightmares about lions and soldiers. She woke up terrified because she thought her dreams were real. She forgot they weren’t. She leapt from her bed and dashed down the hallway to her parents’ room. She woke them up with her tears and they comforted her and told her everything was all right. They put her back to bed and eventually she fell asleep. 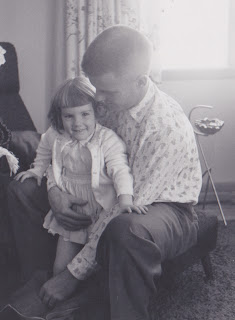 But night after night this happened and Chicken Bones was tired and her parents were too. Finally, one evening, Chicken Bones’ dad came into her room to talk with her. He asked her where Fish was. Of course, it was clutched in her frightened clammy hand.

“Did you know that Fish is a magic fish?” he asked.

Chicken Bones studied Fish carefully and then gazed at her dad.

“When your sister made that for you, she gave it special magic powers,” he said. “As long as that little fish is in your hand, nothing can hurt you or scare you. It will protect you every night. It was made just for you.”

Chicken Bones looked up at her dad again. He looked very serious. She looked down at the gingham fish and it did feel a little bit tingly and magical. Chicken Bones started to feel a little bit stronger and a little bit braver. She lay down and she felt more relaxed and sleepy. And she dozed off with Pamela on one side of her and Raggedy Ann on the other side and the horse under her head and her magic Fish cradled in her palm. She had happy dreams that night. She had many safe sweet sleeps. She held Fish every night. She forgot about being scared. 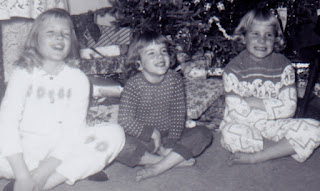 Chicken Bones held Fish for many years, until the gingham wore thin. The sponge stuffing got flat and a seam had to be stitched up again. One of the button eyes came loose and was reattached with some spare red thread.

In spite of its wear and tear, Chicken Bones is happy.

She feels the loving magic of Fish to this day. 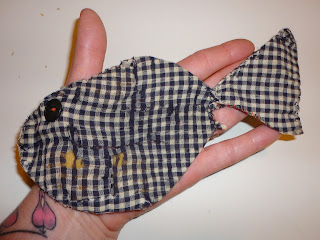