I love the show “Girls”. I wait for the new season of dysfunctional friendships and unhealthy relationships.

But I look around me, and the girls I know are not like those television characters.

A sixteen year old German flew to Canada, missed her connecting flight in Toronto, figured out new arrangements, and made it to our home in rural Manitoba. She climbed onto the bus the next day and began attending the local high school, knowing no one. She joined the cross-country team, then she joined indoor track. She aced all her classes. And now she’s learning to shovel snow.

A twenty-one year old was born in a boy’s body. So she found the resources and raised the funds and got herself to Montreal for the surgery she needed.

To have the body that matched her soul.

A twenty-three year old had her ceiling collapse. When she realized that her landlord was not going to fix it properly, she gave her notice, found a new apartment, hired movers, and got herself relocated within a month.  And then built her own Ikea couch.

A twenty-nine year old was busy raising her son. When her niece needed care, she took her in, rescuing the child from addicted parents. A year later, an infant nephew became her charge, too. So she clips coupons and lives carefully and fights the system and does whatever she can to protect those little ones.

To give them a real family.

The fifty year old friends started to lose partners, fight cancer, miss their kids, look for new jobs, move out of their homes, mourn parents. So they drank coffee and complained, or ranted and cried, or laughed good big belly laughs. And sometimes they shopped. Or baked.

Or did nothing at all, with each other.

The support group of eighty year olds cried together as they tried to cope with aging and abuse and partners’ confusions. And they laughed  till they cried again, talking about how ridiculous life could be.

They were the toughest old girls I ever met.

So the TV show is just a TV show.
Entertainment.

In real life
The girls are all right. 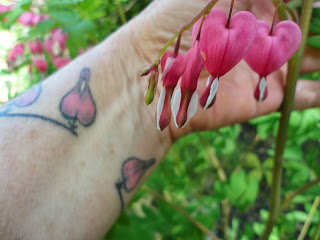