I’ve taken a few hits in my lifetime.

A terrified swat on the bottom as Dad snatched me away from an open geyser in Yellowstone Park.

A flat-handed smack across the cheek when I dared to disagree with a drunken angry teenage boy at a high school party.

Blood red manicured nails dug into my throat by a jealous girl.

An open gash to my shin after a regrettable night of socializing.

But nothing slapped me so hard as the news that my friend had cancer. Her husband came to my door and all he could say was, “She had a mastectomy last week.” 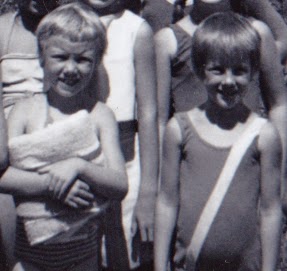 She and I met when I was four. We stared at each other from our respective front steps when she moved in across the street. She held her dog close and I sucked my thumb. Somehow, we got passed this and became friends for life. I printed our initials in a heart inside my closet. We played tag, we dressed and undressed and redressed our Barbie dolls, we listened to records, we cried about awful boyfriends, we covered for each other during our terrible teens, and we slowly grew up and went in different directions. Somehow we always stayed in touch though; maybe at the Folk Festival or an anniversary or a camping trip back to the Interlake. We finally both settled near each other and chatted now and then, but some distance had grown over the years. Just took things for granted. 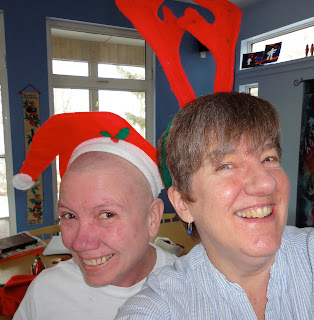 But the clobber of cancer nearly bowled me over. I went to her and she said, “Yeah, I had a nice set, and now I’ve only got one.” Lopsided. Asymmetrical. And we laughed while we both fought tears.
So she went for chemo and she went for radiation and sometimes I went with her and we shaved her head and we wore goofy hats and we got stupid and silly and we were four years old again. And now she’s healthy.

I think I am too.

Wishing you love and friendship. 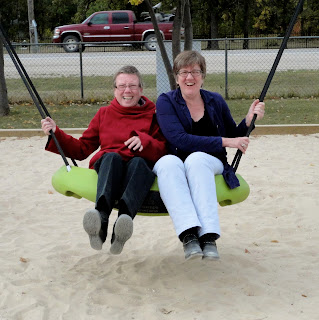